We stay: The life of the Rohingya in Myanmar A woman waits at the Doctors Without Borders clinic in Rakhine state, Myanmar. March 2022 © Ben Small

The Rohingya people have been facing persecution in Myanmar for decades. This humanitarian crisis was further compounded when the military took over in February 2021 – leaving the country no closer to better conditions for the Rohingya.

In Myanmar, a Citizenship Law was introduced in 1982, rendering the Rohingya people stateless, despite their having lived in the country for centuries. Many of those who choose to stay in Myanmar are forced to live in over-crowded and squalid camps in Rakhine state.

Long before the Rohingya were stripped of their citizenship in 1982, they have been subjected to horrific violence, discrimination, and segregation. Discrimination, violence and forced labour practices by the Myanmar authorities triggered an exodus of more than 250,000 Rohingya Muslims between 1991 and 1992. Life in tents: A family in a refugee camp on the outskirts of Sittwe in Myanmar. February 2, 2013. © Kaung Htet A sick child sleeps in his mother's arms while waiting for malaria screening test results. Mother and child are at the Doctors Without Borders clinic in a refugee camp on the outskirts of Pauk Taw township, Myanmar. February 3, 2013. © Kaung Htet Do you have clean water? In many refugee camps, access to clean water is often a problem. People often gather around water pumps like this one, in a refugee camp on the outskirts of Sittwe in Myanmar. February 2, 2013. © Kaung Htet Do you have a clean place to cook your meals? In this refugee camp on the outskirts of Sittwe in Myanmar, a 26-year-old woman starts a fire outside her tent. February 2, 2013. © Kaung Htet A 65-year-old woman sews up a fishing net in a refugee camp on the outskirts of Pauk Taw township, Myanmar. February 3, 2013. © Kaung Htet

In Rakhine state, many Rohingya have been driven from their homes with violence, entire villages razed to the ground. In August 2017, over 700,000 Rohingya fled the largest campaign of targeted violence waged against them by the Myanmar military. Today, there are still approximately 600,000 stateless Rohingya across Rakhine state. The Rohingya who remain in Rakhine State face segregation, intimidation and discrimination, which--among other consequences--result in exclusion from healthcare.

Since the military seized power in February 2021, Myanmar is no closer to meeting the conditions required for the voluntary, safe, dignified, and sustainable return of Rohingya refugees to Rakhine state primarily from camps across the border in Bangladesh, and other nearby countries like Malaysia and India. People in Myanmar use thanaka, a paste made from ground bark, on their faces as both a cosmetic design and protection from the sun. Rakhine State, Myanmar, March 2022 © Ben Small/MSF What is Doctors Without Borders doing for the Rohingya?

Doctors Without Borders has provided healthcare to all communities in Rakhine since 1994. By 2004, Doctors Without Borders teams have treated over 1.2 million malaria patients in the state.  However, we have been forced to suspend our medical activities multiple times, in 2012, 2014 and 2017, as ordered by the authorities. In August 2017, Doctors Without Borders was providing healthcare services in Maungdaw and Buthidaung townships in Northern Rakhine before they we were put on hold due to a lack of travel authorisation and a ban on international staff. At the time, we were running four primary healthcare clinics in northern Rakhine – three of which were subsequently burnt down – and were providing over 11,000 primary and reproductive healthcare consultations per month, as well as emergency transport and assistance for patients requiring hospitalisation. For decades, the Rohingya have been facing persecution, forced to live in camps with inadequate shelter and sanitation. Doctors Without Borders visits the camps to bring essential healthcare services to the patients. In July 2021, our community health workers carried out 23,107 visits to patients in northern Rakhine State, providing treatment for five minor illnesses, checking for signs of malnutrition, and promoting COVID-19 prevention measures. Rakhine State, Myanmar, July 2021. © Ben Small/MSF

What is life like for the Rohingya who remain in Rakhine state? What is daily life like in a decades-long humanitarian crisis? Doctors Without Borders teams have to travel a long way, over land and water, to reach the Rohingya communities, and to provide them with basic healthcare services. Health promotion is an important part of the work done by Doctors Without Borders in Rakhine State. In the third quarter of 2021, our health promotion teams reached 35,966 people. When COVID-19 cases were rising in 2021, the health promotion activities involved sharing information through a loud speaker while going through Maungdaw township. Rakhine State, Myanmar, March 2022 © Ben Small/MSF Teams are providing much-needed primary healthcare to highly marginalised communities, including mental health, sexual reproductive health and support to survivors of sexual and gender-based violence. During the first three months of 2022, we supported a total of 8,942 outpatient consultations and 446 emergency referrals to hospitals through our mobile clinics and community health workers. Rakhine State, Myanmar, May 2022 © Ben Small/MSF When community health workers visit the Rohingya in the camps, they conduct house-to-house visits. During these house visits, they do a number of things, including nutritional assessments and promotion of COVID-19 health guidelines. Some health workers also provide HIV counselling and mental health activities. While mobile teams can provide a lot of support with primary health care, there are still some cases that need more assistance. March 2022 © Ben Small/MSF What hope is there for young people in Rakhine State? Myanmar, May 2022 © Ben Small/MSF 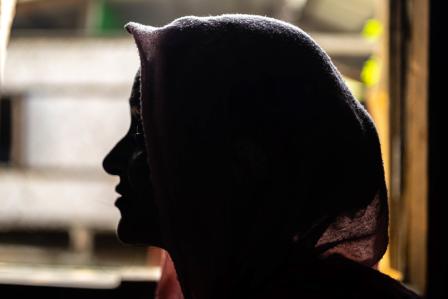 In 2012, when violence erupted between Rohingya and Rakhine communities, Zaw Rina’s home in Pauktaw town was burned down. She was... 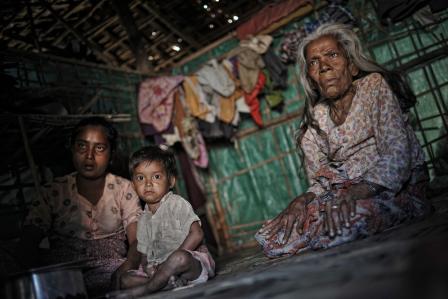 We are devastated to hear about the needless deaths of at least 17 Rohingya off the coast of Myanmar after the boat they set sail in from Sittwe la...
© 2021 Doctors Without Borders
Privacy Policy