Dilip Bhaskaran, Project Coordinator, shares what Doctors Without Borders has been doing in Mumbai.

We have been collaborating with Municipal Corporation of Greater Mumbai (MCGM) to co-manage Dedicated Jumbo COVID Care Centre in Bandra Kurla Complex (BKC). MCGM is doing a great job and we started this collaboration during the first wave providing patient care. Now, during the second wave, our role is to improve the quality of care for mild/moderate cases and patient dignity in BKC facility. The 2,000-bed hospital is split into 2 phases, having 1,000 beds in each. Right now we’re managing 6 wards in phase 1 and 4 wards in phase 2, every ward has 28 beds in it.

Even though we are a small part of big operation, our job is very important. Increasing the quality of care these patients receive and managing them well with oxygen in the facility means less people will need to go on to ventilator care in ICUs.

Working on quality of care has two aspects: medical and logistic. On the medical front the biggest issue is supporting and training new and junior medical staff in public sector. After the first wave a lot of doctors moved on to new positions so now, we’re working with lots of new doctors that are just out of college and need training in patient care and bedside management. It’s the same with pharmacy management and nursing care – the newer staff need supervision. HR is the biggest challenge, particularly for nurses – we’re just not able to find enough nurses.

For example, this morning quite a few of the tent coolers broke down. These aren’t air conditioners but big fans that blow air though water to cool the space around them.  We’ve been trying to get technicians to repair them, so the patients can have some level of comfort but it’s complicated. The set up was done by a management company and they subcontracted the tent coolers from another vendor. They aren’t able to get hold of the spare parts or send out a technician because of the lockdown restrictions. We’ve asked the management team to get the necessary permissions organised but in the meantime we’re trying to find someone else who can help even though we’re under strict lockdown.

Meanwhile the medics are working in PPE kits for more than 6 hours in temperatures higher than 40 degrees and in those conditions both patients and healthcare workers lose a lot of water and can become dehydrated. So, we’re also trying to help resolve a dispute over the supply of power to the facility which would enable air conditioners to be installed. There’s lots of formalities involved and getting problems solved takes a lot of collaboration and work.

Our health promotion team are putting more efforts to promote COVID-appropriate behaviour and we’re also just about to restart our WASH intervention--cleaning public toilets. These community toilet blocks can be used by over 1000 people daily and are in a terrible condition so they are sites where infection can easily spread.

I’ve been with Doctors Without Borders since 2006 and have worked on many emergencies and overall, we are doing well as a team. It is coordinated action and all team members are equally contributing to achieve the set objective, no major team dynamics. I’m very fortunate to be working with such a great team.

Dilip Bhaskaran has been with Doctors Without Borders since 2006 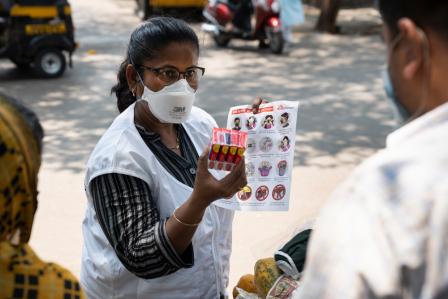 COVID-19 in India: "We're working to protect our community"

Mumbai is still seeing more than 3,000 new cases of COVID-19 every day.People are scared and many of them prefer not to get tested even thoug... 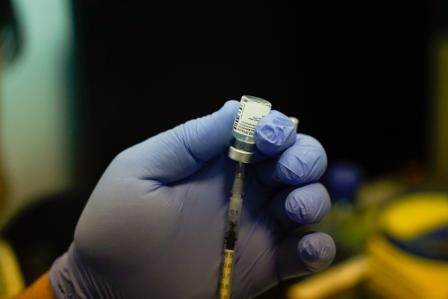 Hong Kong - The second wave of COVID-19 is reaching extremely alarming levels in India. As of 18 May, the total number of active COVID-19 cases in ... 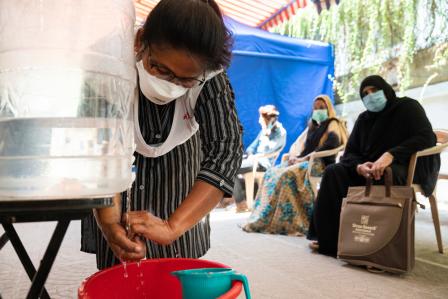 India: "The staff we have aren’t enough"

The situation in India and in Mumbai is very bad. It’s critical across the country. We’re providing medical support to one of the COVID treatment c... 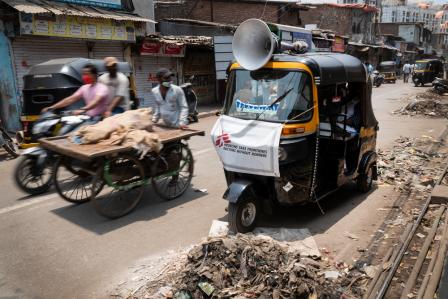 "Mumbai is still seeing more than 3,000 new cases of COVID every day"

Doctors Without Borders is working in M-East Ward in Mumbai, one of the densely populated administrative division having 70% of its population livi... India: "My biggest concerns are the knock-on effects of COVID on other aspects of healthcare."

I am the Project Medical Referent working in Doctors Without Borders drug-resistant tuberculosis and HIV project in the M-East Ward, one of the TB ... 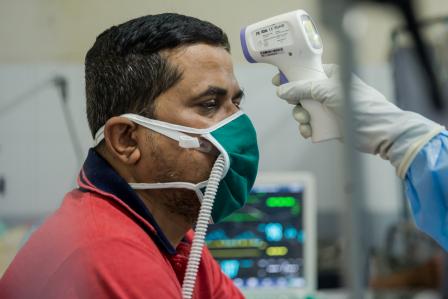 The second wave of COVID-19 in India has been devastating, with a catastrophic rise in the numbers of new infections in recent weeks. The country h... 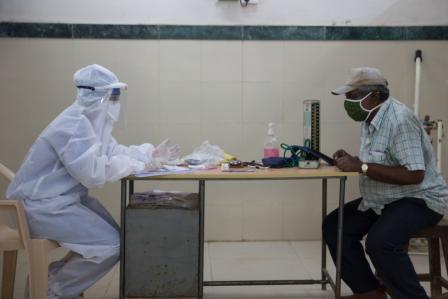