Dilaram, 33, a former TB-PRACTECAL clinical trial patient in Nukus, got cured from TB in 2018. On the clinical trial regimen her treatment lasted only 6 months (a quite short period of time compared to the standard 20-24 months DR TB regimens). Uzabekistan, 2021. © Victoria Gendina/MSF

Geneva, 3 May 2022 - Doctors Without Borders / Médecins Sans Frontières (MSF) are pleased that, having shared the results of TB PRACTECAL, our clinical trial that found a new, safer and more effective six-month oral treatment regimen for multi drug-resistant tuberculosis (MDR-TB), the World Health Organization (WHO) have announced it will update global guidance on treatment.

Following the results of Doctors Without Borders' trial the WHO are now recommending programmatic use of the 6-month BPaLM regimen – comprising bedaquiline, pretomanid, linezolid (600 mg) and moxifloxacin in MDR-TB patients in place of longer, existing regimens.  WHO are also recommending another shorter treatment; the BPaL combination in patients with increased drug-resistance as both regimens showed high treatment success.

Launched in 2017, TB-PRACTECAL is the first-ever multi-country, randomised, controlled clinical trial to report on the efficacy and safety of a six-month, all-oral regimen for MDR-TB. The trial enrolled 552 patients overall in seven sites across Belarus, South Africa and Uzbekistan.  The phase II/III clinical trial found that the new shorter BPaLM treatment regimen was very effective against rifampicin-resistant TB.  89 per cent of patients in the BPaLM group were cured, compared to 52 per cent in the standard of care group.

“[The shorter treatment] would mean a lot as I think when you are on treatment, some parts of your life feel like they are put on hold,” says Awande Ndlovu who was enrolled in the trial at the THINK Hillcrest Clinical Trial Unit in South Africa. “Before [the trial] gave me hope, I couldn’t even see the slightest glimpse of recovering from MDR-TB.”

While this new regimen provides new hope for the 500,000 people who fall sick each year with MDR-TB, the current lowest global price for a 6-month treatment course of BPaLM is US$800. This is still too high and could slow the uptake of the BPaLM regimen in high TB burden countries.

Pretomanid—which was developed by TB Alliance and Viatris (previously Mylan) with the help of public funding—is priced at $336 for six months of treatment. Additionally, one of the other newer TB drugs, bedaquiline—made by Johnson & Johnson—is priced at $270 for the same time period. These two drugs together account for three quarters of the price of the full treatment despite the fact that researchers from the University of Liverpool have estimated that generic versions of pretomanid and bedaquiline could be produced and sold at a profit for less than $210 for six months, and less than $102 for six months, respectively.

Doctors Without Borders and TB

TB-PRACTECAL is a multi-arm, multistage, open label, randomised controlled trial which enrolled into three investigational regimens in Stage 1: B-Pa-Lzd-Mfx, B-Pa-Lzd-Cfz and B-Pa-Lzd and a control arm. Stage 2 enrolled into the B-Pa-Lzd-Mfx investigational arm and the standard of care arm only. The trial enrolled 552 patients overall, of which 301 were included in this stage. Current patients in the trial will be followed up until Aug 2022 and the trial will close in Dec 2022. Doctors Without Borders intends to publish data on all 552 patients and arms at that point. More information on TB-PRACTECAL including primary outcome measures can be found here: Pragmatic Clinical Trial for a More Effective Concise and Less Toxic MDR-TB Treatment Regimen(s) - Full Text View - ClinicalTrials.gov.

Doctors Without Borders and its TB PRACTECAL partners continue to provide care and check-ups for patients who are finishing their treatment in the trial, with the last patient follow-up scheduled for August 2022. 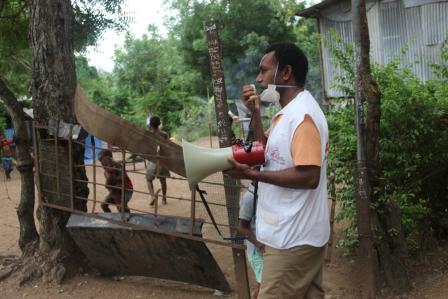 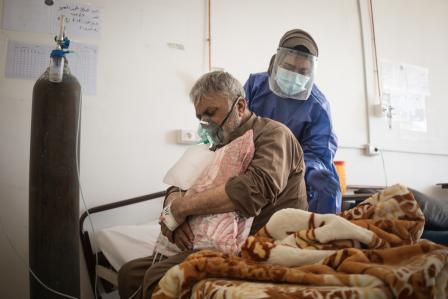 The COVID-19 vaccine Humanitarian Buffer (HB) is failing its mission to support populations hit by the pandemic and struggling to... 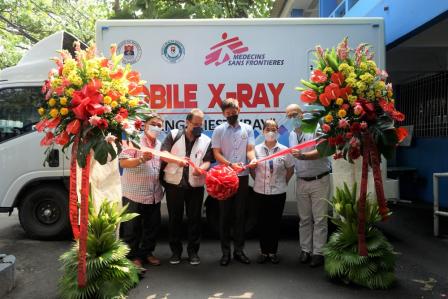 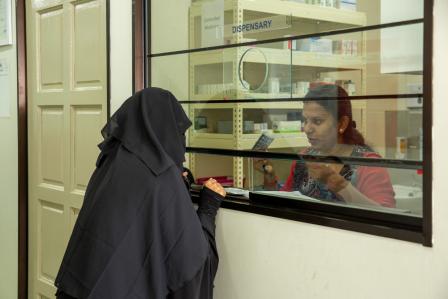 Malaysia: Safe and affordable healthcare for all essential in health system reform 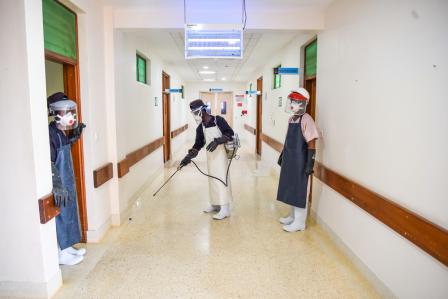 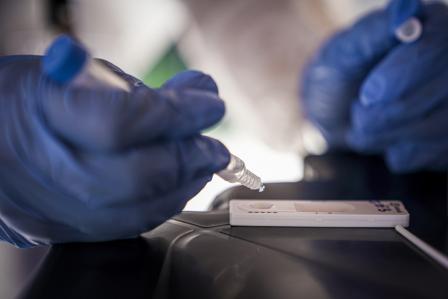 The COVID-19 pandemic has shown that it is urgent time for a more diverse medical diagnostics... 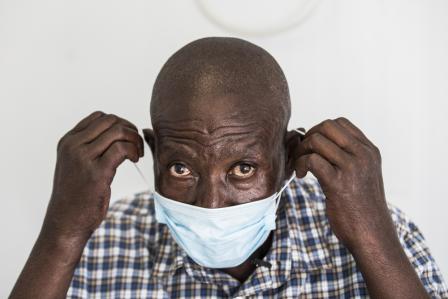 One year ago, and seven months into the COVID-19 pandemic, India and South Africa put forward the ...
© 2021 Doctors Without Borders
Privacy Policy