Donate to support our emergency medical response in places like Ukraine.

Doctors Without Borders is responding to the unfolding crisis in Ukraine

Will you support our crisis response?

You can help our medical teams deliver emergency medical supplies and treatment to people in Ukraine by making a donation today. Ukraine: Webinar about our work on the ground

Listen about our work in Ukraine Since the beginning of the war in Ukraine, Kharkiv, the second largest city in the country, has been severely affected by the Russian offensive. While... “The severity, scale and speed of the war in Ukraine have created simply enormous needs and suffering,” says Dr Joanne Liu, an experienced paediatrici... On the morning of Friday 1 April, Doctors Without Borders / Médecins Sans Frontières (MSF) finalised the first transfer or patients using a medical tr... 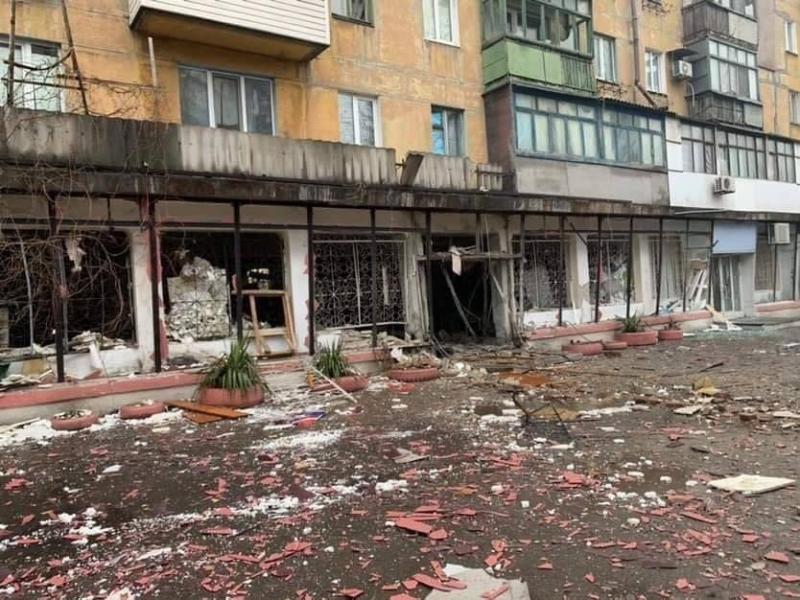 Ukraine: Every day thousands of Ukrainians arrive in Slovakia - traumatised and exhausted

Marta Wnorowska is currently working on the Slovakian-Ukrainian border as a project coordinator with Doctors Without Borders / Médecins Sans Frontière... How we are responding in Ukraine

After weeks of speculation, Russian forces launched attacks on multiple cities in late February 2022. Millions of Ukrainians are now at risk.

Increasingly urgent requests for medical supplies are coming in from many hospitals and health facilities in the more war-affected parts of Ukraine. Doctors Without Borders will seek ways to donate what is needed, where it is needed.

Our teams are preparing for a range of scenarios which will allow us to step up our response, including providing surgical care, emergency medicine and mental health support for displaced people. Our current response includes:

You can support our medical response in Ukraine by making a donation today.

How do you move patients out of a conflict zone, quickly and safely? In Ukraine, Doctors Without Borders is using a medevac train to transport patients from Mariupol to Lviv, where they can get the care they need. | https://t.co/b5IQVTwJWN pic.twitter.com/YsfEFHmR8e Since the outbreak of fighting across the country, our teams have been working to mount a response to meet urgent needs. We are engaged in a race against time to get the right medical supplies to the right places. (updated on 9 May 2022)

Doctors Without Borders has a new project providing primary health care and mental health care to people in Hostomel, near Bucha and Kyiv.

A Doctors Without Borders team is leading a training on managing a mass influx of casualties and donating supplies to health facilities.

Our team are focusing on delivering psychosocial et medical support to elderly people as well to internal displaced people who suffer from chronic diseases. Training and supplies donation have also been done to health facilities.

An MSF team is assessing the health facilities in the town and peripheral areas and has started doing medical donations, trainings for paramedics and first responders and distributing relief items in IDP shelters.

We are running mobile clinics in 10 neighbouring villages to respond to health needs and are providing outpatient consultations for non-communicable diseases as well as mental health support and identify cases of sexual and gender-based violence (SGBV). We also reach patients in Chernihiv Oblast with our SGBV hotline, located in Kyiv.

In Kharkiv, we are running mobile clinics for thousands of people sheltering in metro stations (more than half the total stations in the city), many of whom are suffering stress and psychological trauma due to the war. More than 1000 consultations have been performed. In addition, we installed 5 water filters in stations, and plan to install more, to secure clean water for people sheltered in the stations. We also run a mobile clinic on the ground trying to reach vulnerable people in need of medical care.

We started running mobile clinics to the city of Sumy to provide primary health care as well as mental health care.

In and around Zhytomyr, we donated trauma-related supplies and conducted mass casualty training in nine hospitals during the phase when frontlines of fighting were close. We were also able to move a considerable part of our TB (tuberculosis) supplies from Kyiv to Zhytomyr, where we were previously running a TB programme.

In Vinnytsia, we provide support to people who have fled from other parts of the country and taken refuge in temporary and longer-term accommodation and shelters.

We are working with local hospitals to help them prepare for mass casualty events and exploring how we can provide water and sanitation support. We are also rehabilitating hospital space for elderly evacuees from the eastern regions.

In Lviv, our teams provided mass casualty training and assisted hospitals to prepare for mass influx of wounded.  We have a surgical team working to support the burns unit of one of the big referral hospitals in Lviv.

Our team is running mobile clinics along the border with Hungary. The team is seeing signs that mental health support is becoming a priority, and also on the continuity of care for patients who were previously following medical treatment.

We have carried out trainings with local health professionals, including on mental health for psychologists and first responders. In Ivano-Frankivsk, our teams have started group therapy sessions with internally displaced people.

We have also donated medical supplies to health facilities in these two locations and around 1,000 non-food item (NFI) kits for displaced people, particularly in nearby rural areas.

Our teams have trained hundreds of medical doctors and nurses to triage patients according to the severity of their injuries for a potential influx of injured people.

In Odessa and Mykolaiv, we have donated medical supplies to hospitals preparing to accept war-wounded patients. We will also begin providing consultations for displaced and vulnerable people.

In the east of the country, Doctors Without Borders surgeons have provided remote training to surgeons in key hospitals that have been receiving many wounded since the full-scale war began. We had also provided supplies to numerous hospitals in eastern Ukraine.

In Zaporizhzhia, we are providing support to people who are arriving from Mariupol and other areas where fighting is intense. Our teams run mobile clinics in the main reception centre and shelters throughout Zaporizhzhia, providing medical consultations, care and medications for people with chronic illnesses, mental health consultations, and relief items

We are working with health facilities close to the frontline to make sure they have enough of the right supplies and training to be able to keep treating patients even if they get cut off from supply lines by intense fighting. For some facilities we are also providing logistical support so they can have their own autonomous supply of electricity through generators and solar power, and clean water to continue functioning for up to a week.

We ave also started an ambulance referral service to medically evacuate patients from hospitals that are closer to areas of active warfare in the east.

Our emergency teams have arrived at the Polish-Ukrainian border and are currently trying to get essential staff and supplies into Ukraine and set up emergency response activities across both sides of the border.  Teams will also carry out assessments along Ukraine’s border with Russia and Belarus.

Our emergency response in neighbouring countries

More than 25,000 people have crossed into Belarus from Ukraine as of 03 May (UNHCR).

In Belarus, Doctors Without Borders continues to run its regular programmes to support the national tuberculosis (TB) programme and hepatitis C treatment in prisons.

Since 2021, we also assisted people on the move stranded between Belarus and the EU countries. Doctors Without Borders has carried out an initial assessment of the situation on the Belarus - Ukraine border and continues to be ready to assist emerging medical and humanitarian needs.

Around 530,000 people have crossed as refugees into Hungary as of 3 May (UNHCR).  All our assessments to date indicate that the immediate needs of refugees are being adequately met. In case there were needs identified that were not being addressed, we  developed partnerships with local organisations and with the support of Hungarian doctors to be able to provide primary healthcare and psychological first aid.

As of 3 May, nearly 500,000 people have crossed into Moldova from Ukraine, many in transit. Moldova, which has a population of only 2.6 million people, hosts the largest concentration of Ukrainian refugees per capita (UNHCR).

Doctors Without Borders’ mental health team has also provided psychological first aid to people in reception facilities in the capital, Chișinău. Assessments in different hospitals of the city are also ongoing to evaluate how to improve access to health care for refugees.

According to UNHCR, more than 3 million people have fled Ukraine to Poland. Our teams are trying to get essential staff and medical supplies into Ukraine via Poland.

In the first few days of the response, Doctors Without Borders donated some essential relief items to Red Cross Lublin and to a reception point in Horodlo, near Zosin border crossing.

Doctors Without Borders works with the health authorities in Arkhangelsk and Vladimir regions to reduce the burden of drug-resistant tuberculosis (DR-TB) and improve treatment for the disease.

Over 703,000 people have crossed to Russia from Ukraine as of 03 May (UNHCR). Doctors Without Borders is currently exploring whether new medical humanitarian needs have emerged in the regions of Russia bordering Ukraine. The team has visited Rostov, Voronezh and Belgorod.

In our project in Moscow and Saint Petersburg where we are partnering with local NGOs to support vulnerable groups, we’ve seen an increase of cohort for HIV and HCV care, among them - Ukrainians who are stranded in Russia and cannot get refill for their ARVs.

More than 385,000 people have crossed to Slovakia from Ukraine as of 3 May (UNHCR). We have signed a Memorandum of Understanding with the Ministry of Health to be able to import medical supplies and we are doing or have scheduled trainings for health staff on SGBV and TB and MDR-TB.

For the moment, the critical humanitarian and medical needs are covered by the local authorities and civil society.

You can help our medical teams deliver emergency medical supplies and treatment to people in Ukraine by making a donation today.