Nigeria: Catastrophic malnutrition crisis in northwest Nigeria must be recognized Abuja: As the malnutrition crisis in northwest Nigeria continues at catastrophic levels, Doctors Without Borders / Médecins Sans Frontières (MSF) is calling for the humanitarian community to respond to the emergency needs of people in the region, and for northwest Nigeria to be included in the UN’s humanitarian response plan, enabling a broader and more sustained response.

Since January, Doctors Without Borders teams working in collaboration with the Nigerian health authorities have treated close to 100,000 children suffering from acute malnutrition in 34 outpatient facilities and admitted about 17,000 children requiring hospital care in 10 inpatient centres in Kano, Zamfara, Katsina, Sokoto and Kebbi states. In Zamfara state, one of the areas most affected by ongoing violence and banditry, we recorded a 64 percent increase in the numbers of severely malnourished children treated in the outpatient nutritional departments supported by Doctors Without Borders from January to August 2022 when compared to January to August 2021.

Doctors Without Borders’ nutritional surveys have also underlined the severity of the crisis, including in areas that are less affected by violence and insecurity. In Mashi local government area, in Katsina state, Doctors Without Borders found a 27,4% rate of global acute malnutrition and a 7,1% rate of severe acute malnutrition in June, even though the community has been relatively spared from violence and forced displacement. These rates indicate a critical emergency. “We understand the United Nations, donors and other stakeholders are increasingly aware of the extent of the crisis in the northwest, but there is a need to go beyond discussions,” said Froukje Pelsma, Doctors Without Borders head of mission in Nigeria.  “It’s essential that the northwest is included in the next Nigeria humanitarian response plan for 2023, because this plays a key role in mobilising the resources to save lives.” 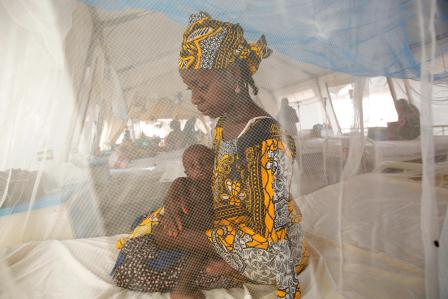 Out of sight: neglected malnutrition crisis threatens tens of thousands of children in northwest Nigeria

Abuja: A growing, yet largely ignored, malnutrition crisis is unfolding in northwest 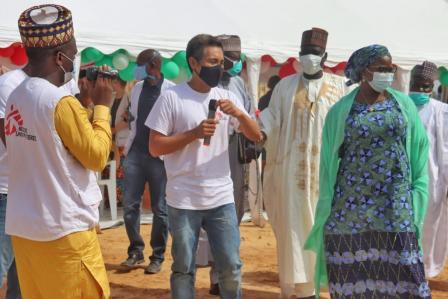 In Nigeria, COVID-19 is not the only epidemic