Hundreds of migrants detained after mass arrests in Tripoli “More than 600 migrants, asylum seekers and refugees, peacefully demonstrating for relocation, protection, and evacuation from Libya were arrested and moved to Ain Zara detention center in the southern part of Tripoli, where hundreds of migrants, refugees and asylum seekers are already detained in overcrowded cells and deprived living conditions. “ explains Gabriele Ganci, Head of Mission for Doctors Without Borders / Médecins Sans Frontières (MSF) in Libya.

“During the weekly visit to Ain Zara to provide medical and mental health care to people detained, Doctors Without Borders teams have treated patients with stab wounds, beating marks, and signs of shock/trauma caused by the forced arrests. Among them there were people who had been beaten and separated from their children during the raids,“ he continues.

Ellen van der Velden, Operations Manager for Doctors Without Borders in Amsterdam explains further, “Not only does this once again prove how migrants are subject to random and arbitrary detention - something that applies to virtually all migrants currently in Libya - but these people are additionally detained for speaking up for basic protection, safety and treatment in-line with humanitarian law.”

“Once again, we call on the Libyan authorities to halt the mass arrests. We also urge the same authorities to find dignified alternatives to detention, as well as calling on the EU to stop their efforts supporting the perpetration of an unending system of detention, abuse and violence in Libya “. she concludes. 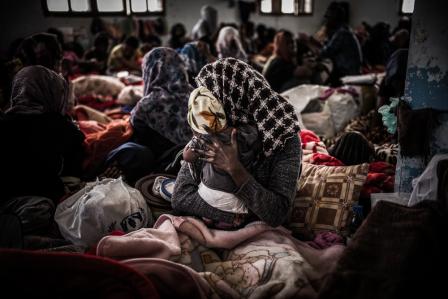 Libya: Thousands detained and many others left without medical care after five days of mass arrests

Numbers of migrants and refugees held in detention centres in the Libyan city of Tripoli have risen dramatically – to... 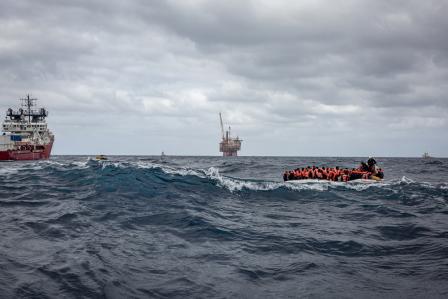 130 feared dead in shipwreck off coast of Libya

Doctors Without Borders/Médecins Sans Frontières (MSF) is outraged about yet another humanitarian tragedy that occurred in the central Mediterranea... Libya: One dead and two injured in shooting in Tripoli detention centre

Tripoli, Libya – One person was killed and two were injured in the early hours of 8 April after a shooting took place in a Tripoli detention centre...
© 2021 Doctors Without Borders
Privacy Policy